Where does the time go? I've received a couple of new comments in the last few months, so someone is finding us. I can't believe anyone still reads the blog, since I haven't updated it in so long!

I'm always interested in hearing from anyone who adopted from baby house #2, Almaty, especially. So many things I didn't ask or get to see, and one day Josie may want to know more than I can give her. So, for anyone reading this who adopted from the same baby house ...

Did you get to see, or photograph, any of your child's living areas or caregivers? Everything was very secretive during my visits ... everyone seemed to tiptoe around the when and where we would visit. I'd love to hear more "behind the scenes" details.

On the last day, I took gifts, candy and food as special thank you and assumed I'd get a chance to see/meet her caregivers, but the director had someone "important" in her office and we were sent off very quickly. Maigul, who managed the visits and knew all the kids, was great. She let me photograph her with Josie and was very sad when we left. It's good to be able to show Josie someone who loved her before me : )
Posted by KellyJ at 12:11 PM 4 comments:

Another year gone by! 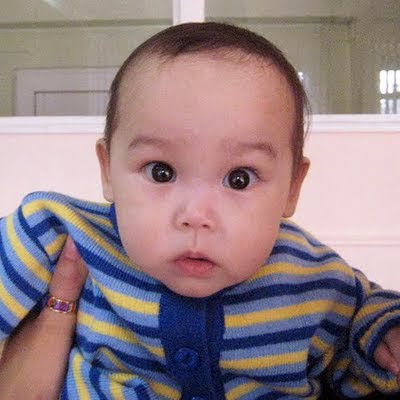 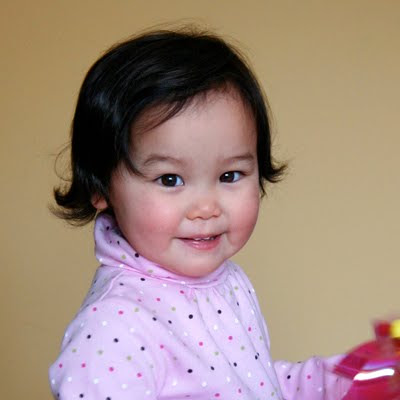 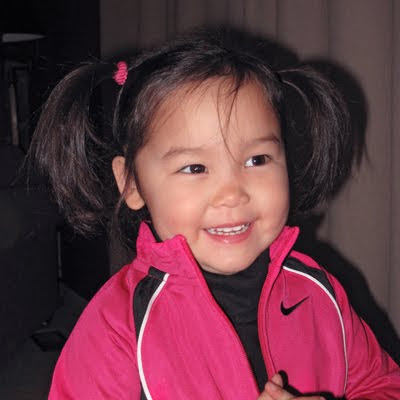 It's been nearly a year since I posted - how fast time flies! Josie's a big girl, now, no longer a baby (most of the time!). I just watched some videos from last Spring and can't believe the huge difference. I guess it will always be this way : )

Today is the second anniversary of our first meeting, and I thought I'd post the "one year later" photos, just for fun.
Posted by KellyJ at 11:07 AM 3 comments: 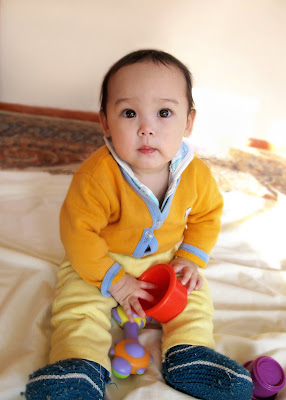 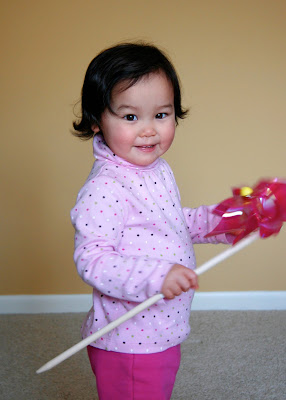 A day to remember!

One year ago today, Josie and I met for the first time, beginning our journey to become a family : )

People ask me what I thought when I met her for the first time. My answer is that there were no specific "thoughts," just an wonderful, all-encompassing, deep to the bottom of the soul feeling of rightness. "This is MY daughter. SHE's the one."

Apparently some families meet several children before making what must be a heart-wrenching choice. I never even thought to ask the people at the baby house if I could meet other children. Once I saw those beautiful chocolate-brown eyes and that sweet, serious, curious little face ... Total love at first sight.

Anyway, we celebrated tonight with spaghetti (Josie's favorite) and the coziness of an impending snowstorm. Here are some pictures of my little sweetheart, then and now. awww. 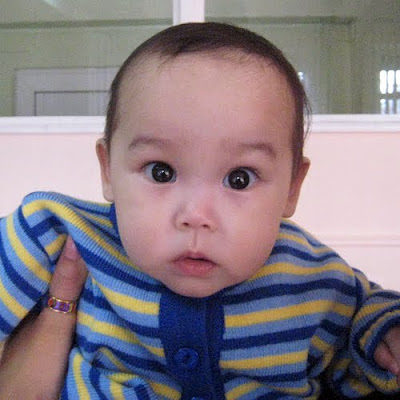 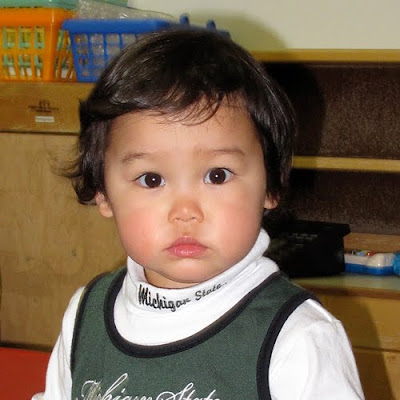 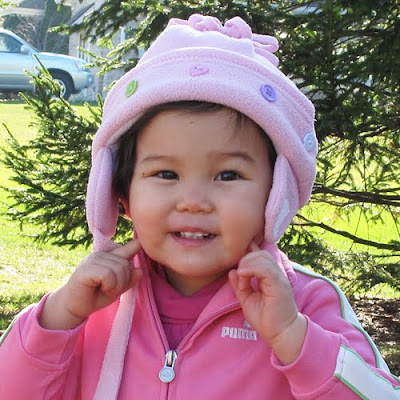 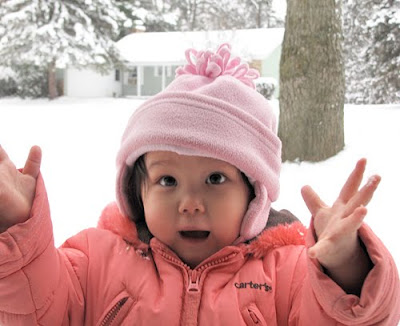 So, what's with all this cold, frozen stuff, anyway? 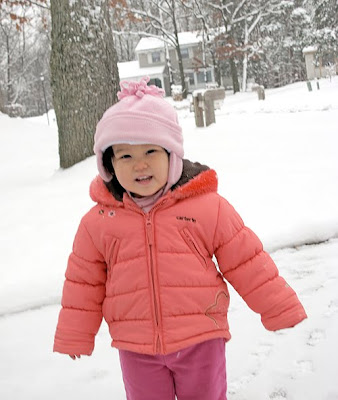 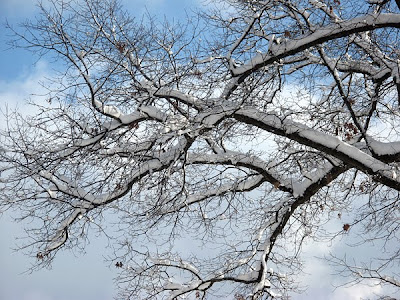 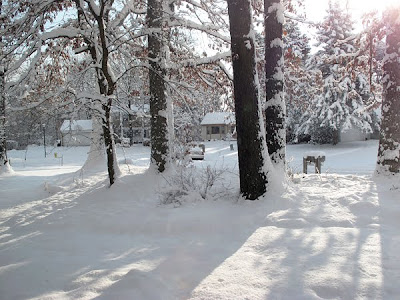 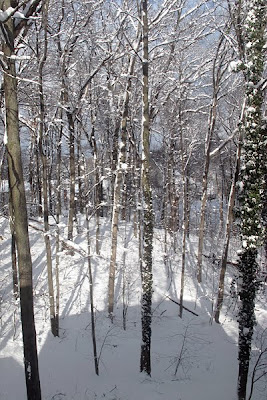 So, winter finally arrived, and since Josie was still tiny last year when we came home (and it was late February), this is her first real snow fall. We went out to get the mail in light flurries yesterday and she was fascinated with the whole experience. This morning the ground was covered and by mid-afternoon we had 8 inches of snow. Felt bad that J was sick, since she would've loved to go roll around in it. Oh, well, the stuff doesn't stop falling until Spring, so she'll have her chance : )
Posted by KellyJ at 10:13 PM No comments: 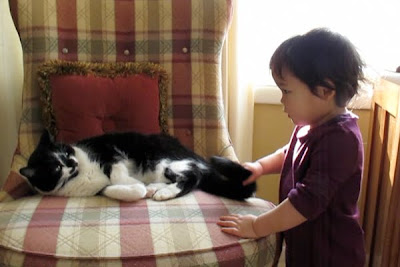 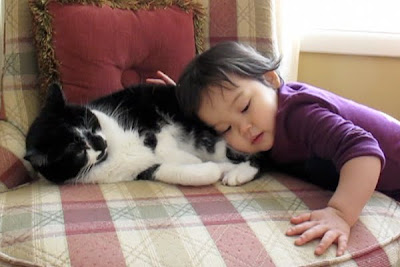 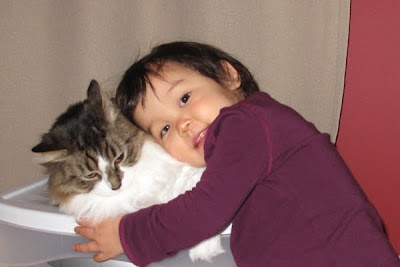 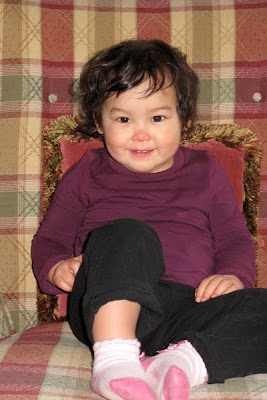 We've been home sick all week with a "killer" virus (and double ear infections for Josie that are taking forever to clear). Poor baby is miserable and not sleeping well and we're really a sorry sight (no photo, for obvious reasons)

I do, however, have photos of her two best buds MacKenzie and Gracie (the cat girls). MacKenzie has been gentle and generous in allowing Josie to "pat pat," hug, squeeze and otherwise terrorize her with only a mild protest or two.

Gracie, up until now, has been more distant (literally). Her defense was to pretend to be invisible, and oddly enough, it worked. Josie left her pretty much alone. This week of togetherness has breached Gracie's natural reserve, however, and she allowed the occasional "pat, pat," tail tug and hug. (Which she is now probably regretting as she's become the ultimate prey for my tiny cat chaser - and, as you can see from the photos, the cat girls are always a little iffy about the embraces)

KellyJ
Josina Margaret: Named after her maternal great- great-grandmother and great-grandmother, Josie is the treasure at the end of my long journey to become a mom. Her adoption was final in February 2009, when she left Almaty’s Baby House No. 2 and found her forever home with me.